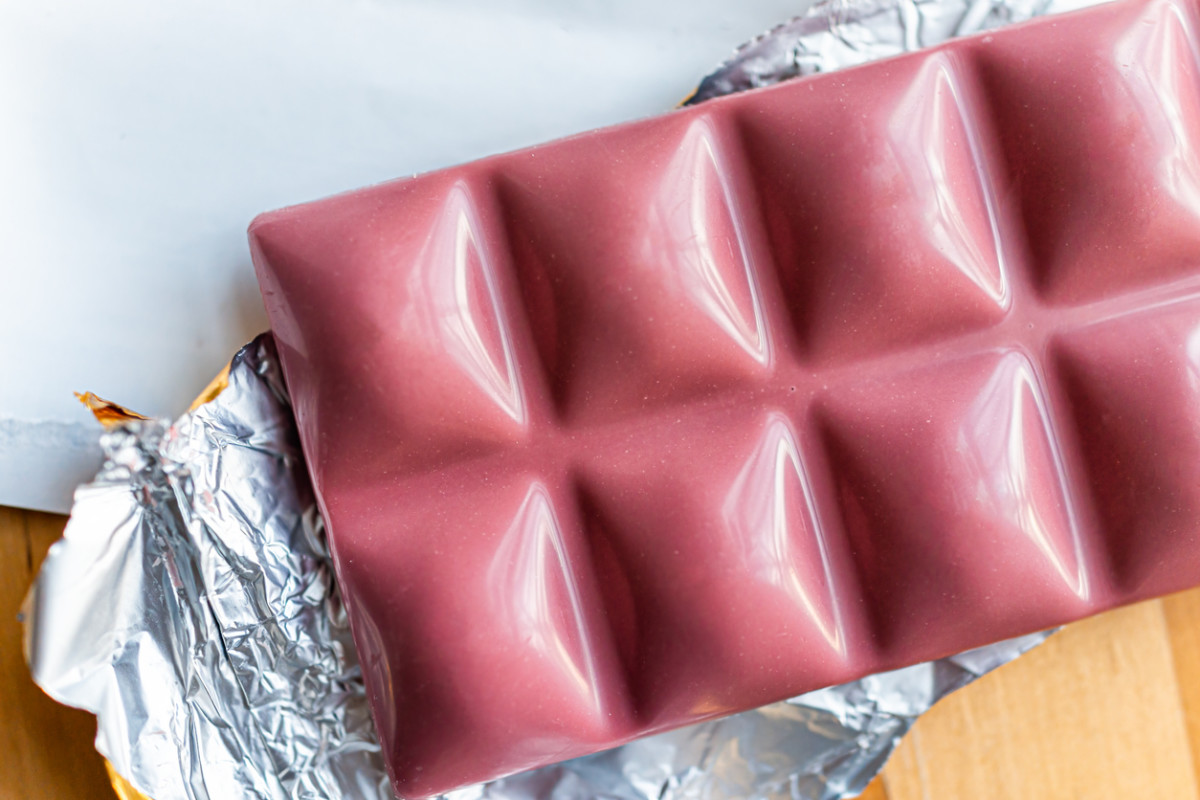 Up until very recently, there have only been three types of chocolate: dark, milk and white. But after being featured on Season 10 of The Great British Baking Show, more people are talking about blush-colored chocolate called ruby chocolate.

Ruby chocolate sure is pretty, but since it’s so new, most people have no idea what’s in it, what it tastes like and what to use it for. But the sweet concoction is no mystery to chocolate experts Clay Gordon (creator of The Chocolate Life) and Jennifer Earle (founder of Chocolate Ecstasy Tours and host of the podcast The Next Delicious Thing). Fortunately, they’re open to sharing (facts at least—not necessarily dessert).

Related: These Are the Best Dark Chocolate Bars, Ranked

What is Ruby Chocolate?

“Ruby was invented after someone asked the question, ‘Why does chocolate have to be brown?’” Gordon says. He explains that fresh cacao seeds—from the plant used to make chocolate—are usually dark purple. “After years of experimentation—which involved changing the ways the seeds were processed after harvesting and changing the manufacturing processes in the factory—there is now a new color in chocolate’s pallet and it is a shade of dusty rose-pink,” he says. And it’s all thanks to one company: Barry Callebaut.

At first, the Food and Drug Administration did not recognize ruby chocolate as actual chocolate. “In the U.S. Code of Federal Regulations, there is a definition for what ingredients dark, milk and white chocolate can and can’t contain. Ruby contains ingredients that are not on this list and so, legally, could not be labeled chocolate,” Gordon says.

The ingredient in question, he says, was citric acid. Gordon explains that citric acid is used after the cacao seeds are harvested to help them maintain their vibrant color. “Barry Callebaut had to apply to the FDA for a temporary marketing permit that would allow them to label ‘ruby’ as chocolate,” Gordon says. Now, the FDA does recognize it as actual chocolate.

What Does Ruby Chocolate Taste Like and What Can It Be Used For?

“Ruby chocolate tastes like a sweet, raspberry-flavored white chocolate,” Earle says. She says that the acidity of the citric acid gives it a tart, fruity edge. “You don’t get the flavor notes you would typically get from a commercial milk or dark chocolate containing cocoa solids,” she says. Earle says that, sometimes, premium quality chocolate has a slight fruity taste to it because of the careful fermentation of the cacao fruit’s seeds, which has the fruit wrapped around them when fermented.

Because of its slightly fruity taste, you may think that it can be used to make delicious raspberry, white chocolate-tasting muffins and other baked goods. While that may taste good, Gordon says that you actually can’t bake with ruby chocolate because it can’t withstand high temperatures. “It will oxidize and turn gray,” he says.

Instead of baking with it, Gordon recommends using it as fillings for bonbons, in icing, in glazes, in ice cream and as a topping. “Because ruby chocolate is naturally fruity—most people describe its taste as a cross between strawberries and raspberries—the natural thing to do is to pair it with fruit,” he says. “I have seen ruby chocolate used to make confections with fruits including passion fruit, raspberries, raisins and bananas,” he adds. “Tropical nuts like macadamia nuts and Brazil nuts are also good choices, too.”

Before ruby chocolate came along, it had been 80 years since a new type of chocolate was introduced to the world. With its own unique flavor profile and beautiful color, it’s easy to see why it’s trending. When it comes to sweet foods, you could say that ruby chocolate is a, well, gem.

Next up, get the recipe for Elle Macpherson’s favorite chocolate mousse, which is made with a super healthy secret ingredient.