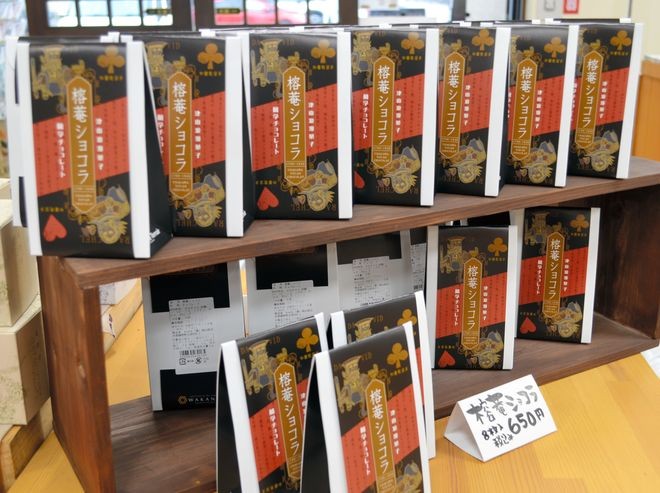 TSUYAMA, Okayama Prefecture–It might not be to everyone’s taste but chocolate based on a recipe from the Edo Period (1603-1867) is now on sale in Japan.

The brainchild of an enterprising tourist promotion organization here, the product is sold as Youan Chocolat.

The unusual offering was inspired by cooking instructions translated into Japanese during feudal times by Udagawa Yoan (1798-1846), a doctor and scholar of Western studies working for the Tsuyama Domain (present-day Okayama Prefecture in southwestern Japan), and other like-minded individuals.

“We cooked it exactly as the recipe said to make it as authentic as possible to replicate the taste associated with Tsuyama, but I have to say it was less than delicious,” said Mikie Kobayashi, a Tsuyama City Tourist Agency official who was involved in the one-year project to develop the product.

The cooking method was originally contained in a household encyclopedia published in France.

The instructions on how to cook “chocolade” are included in “Kosei Shinpen,” a Japanese translation of the Dutch version of the French encyclopedia.

Its ingredients include bitter cardamom as well as cinnamon and clove, which give the finished product more of a medicinal taste than a traditional sweet.

Kobayashi kept tinkering with the recipe while basically adhering to the original ingredients, and ended up including more cacao butter for the final solid version.

Her take on chocolate produced in Japan more than a century and a half ago? Not too sweet but with a deep taste, similar to dark chocolate.

A bag containing eight pieces of Youan Chocolat sells for 650 yen ($5) and is available at the Tsuyama tourism center and elsewhere.